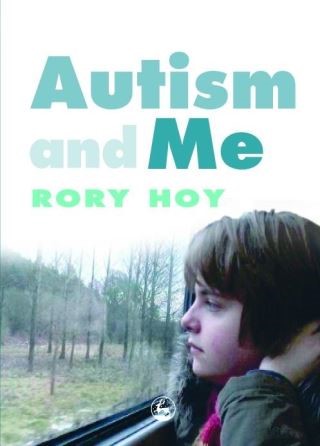 Runner-up in the Nasen and TES Special Educational Needs Book Awards 2007. Only people with autism truly know what it's like to be autistic – and even then, every autistic individual is unique! This award-winning short film by Rory Hoy, an 18-year-old filmmaker with autism, provides a privileged glimpse into his autistic world, letting us take a journey through his everyday experience and see it through his eyes.

In easy, accessible terms, Rory explains what having autism means for everyday functioning: what it's like, for instance, not to have the natural inclination to respond to someone who calls you by your name, or someone who waves at you; what it's like to take someone literally when actually they have used a figure of speech.

He describes the confusion caused by high noise levels, crowded environments and even by his own emotions and physical sensations, as well as the security and comfort found in routines, forward planning and having thoughtful, calm and loving people around him. This engaging, insightful and light-hearted film will be invaluable to people with autism, their friends and family, and to professionals working with them.

Rory Hoy: Rory Hoy was diagnosed with autism when he was about five years old. He attended a special school until he was nearly nine and then continued his education in a mainstream environment. He went on to gain GCSEs and A levels, and won an award for his courage and endeavour. At 19, Rory had made over 30 short films, 3 of which have been shown on BBC TV in the UK. He has won 3 national awards, a UNICEF Special Mention, a Royal Television Society Nomination and was runner up at the NASEN & TES Special Educational Needs Book Awards 2007. Rory, himself, has featured on British and American TV and is also a signed Recording Artist.