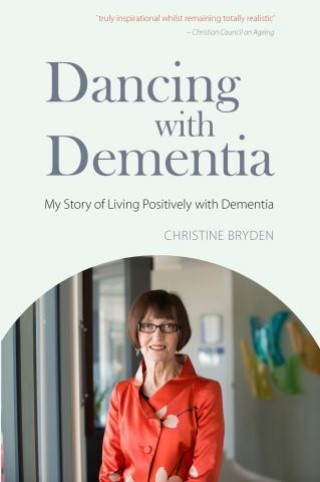 My Story of Living Positively with Dementia

The truly inspirational account of living positively with dementia. Christine Bryden was a top civil servant and single mother of three children when she was diagnosed with dementia at the age of 46. Since then she has gone on to challenge almost every stereotype of people with dementia by campaigning for self-advocacy, writing articles and speaking at national conferences. This book is a vivid account of the author's experiences of living with dementia, exploring the effects of memory problems, loss of independence, difficulties in communication and the exhaustion of coping with simple tasks. She describes how, with the support of her husband Paul, she continues to lead an active life nevertheless, and explains how professionals and carers can help. Christine Bryden makes an outspoken attempt to change prevailing attitudes and misconceptions about the disease. Arguing for greater empowerment and respect for people with dementia as individuals, she also reflects on the importance of spirituality in her life and how it has helped her better understand who she is and who she is becoming. Dancing with Dementia is a thoughtful exploration of how dementia challenges our ideas of personal identity and of the process of self-discovery it can bring about. (p)2017 Hodder &amp;amp;amp;amp;amp;amp; Stoughton Limited

Christine Bryden: Christine Bryden has worked in the pharmaceutical industry and as a senior executive in the Australian Prime Minister's Department. Following her diagnosis with Alzheimer's Disease in 1995, she has been instrumental in setting up local support groups for people with dementia and has addressed national and international conferences. In 2003 she was the first person with dementia to be elected to the Board of Alzheimer's Disease International. Her first book Who will I be when I die? is also published by JKP and has been translated into several languages. She lives in Brisbane, Australia.